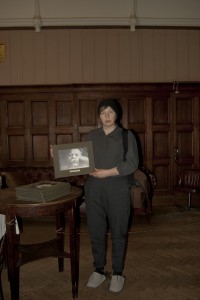 After studies for Anna Halprin at the Tamalpa Institute in San Francisco, USA and the program of choreography at the University of Dance in Stockholm 95-98 has created performances and movies with great success for both adult and children audience. Heilborns’ unique way of combining text, motion, video and images, always spiced with humor and a cool irony, has given her an indisputable position as one of Sweden’s most interesting performance and film artists.